skip to main | skip to sidebar

We went to a friend's bush block outside Buninyong for an informal concert. I've never heard Neil Murray except on the radio. I thought he would be good, and he was better.
I heard the songs I love and a few new ones, especially Burrumbeeep Hill which I'm now singing myself over and over.
Here's Neil's website where you can listen to Burrumbeep Hill too.
Someone told me  he is a Lake Bolac boy. That makes him really local. Wikipedia has a bit of a personal and musical bio here. 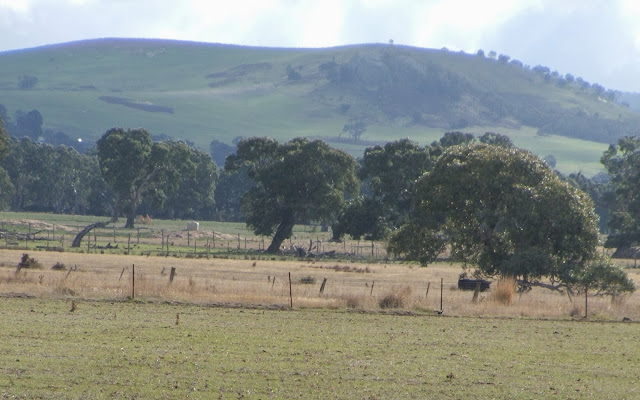 This isn't a picture of Burrumbeep Hill, but it's similar country, just around Ararat.

Posted by Elizabeth at 01:43 4 comments: Links to this post

Elizabeth
I live in Ballarat, an old goldfields town, in the central west of Victoria, but southerly in relation to the world. I love Chinese architecture, the post-goldfields towns and countryside of central Victoria, and I love the practice and the art of history. This year I'm beginning a research project on Ballarat in the 1870s.